Emotions after the Chopin Competition have already subsided. Therefore, while talking with Seong Jin-Cho – the winner of the competition from 2015, I’m not discussing who has and who should have won. I’m asking about the new album and simply about Chopin. Click here for Polish version.

Wojciech Gabriel Pietrow: After three solo albums, you return to recording Chopin’s music. How did it feel?

Seong-Jin Cho: I am a winner of the Chopin Competition so many people want me to record Chopin’s music, which, of course, I really love. But there is such a broad piano repertoire like Beethoven, Mozart, Debussy, and more – I really want to explore this kind of music as well. That’s why I intentionally didn’t record Chopin’s album for five years. I didn’t want to be labeled as a Chopin specialist. But three years ago, I felt: „Maybe it is a good time to come back to Chopin”.

I wonder why you don’t want to be seen as a Chopin-focused pianist? Is it bad?

It’s good… maybe. But I also want to play other composers as well. If I become a Chopin specialist maybe everyone would just keep asking me to only play Chopin.

During this "quarantine" from Chopin’s recording have you missed his music?

I’ve played Chopin’s concertos with many different orchestras, and he is one of the most important composers in my life. So, I was in touch with his music all this time. However, I’ve been feeling more comfortable this time because I have more experience now. I felt much closer to Chopin’s music.

You started admiring Chopin’s music in childhood. I wonder what such a young boy sees in Chopin. His music is full of complex emotions – how have you perceived all that?

When I was ten or eleven years old, I’ve played Chopin for the first time. It was Waltz op. 18. Before that, I played Bach, Mozart – this kind of baroque and classical music. So, Chopin was an entirely new world for me. Really romantic, very emotional, and filled with more drama than f.ex. Bach's music. I immediately started loving Chopin, then I discovered Chopin’s competition and became Chopin’s fan.

You’ve said your relationship with Chopin “has matured”. So now you have different reasons to love that music?

Because of the growing experience, I feel I’m more connected to his music.

But have you changed your perception of his works?

I didn’t try to change my interpretations for sure. For the last couple of years, I simply played many different pieces of music by Chopin. To understand his music, you have to understand mazurkas, waltz, and different forms. I had a chance to experience this genre of music in which Chopin was writing. I feel I understand more about his music when I compare it to five years ago. Back then I haven’t played Chopin’s Sonata no. 3, I haven’t played Polonaise-Fantasy. Now, after five years, I play this kind of repertoire and I can understand this composer more.

I want to ask about future projects. Is there a place on them for Chopin?

No… maybe later. However, I have other projects in progress. I haven’t decided yet, but I’m very interested in baroque music lately so probably I will record something from that epoque. 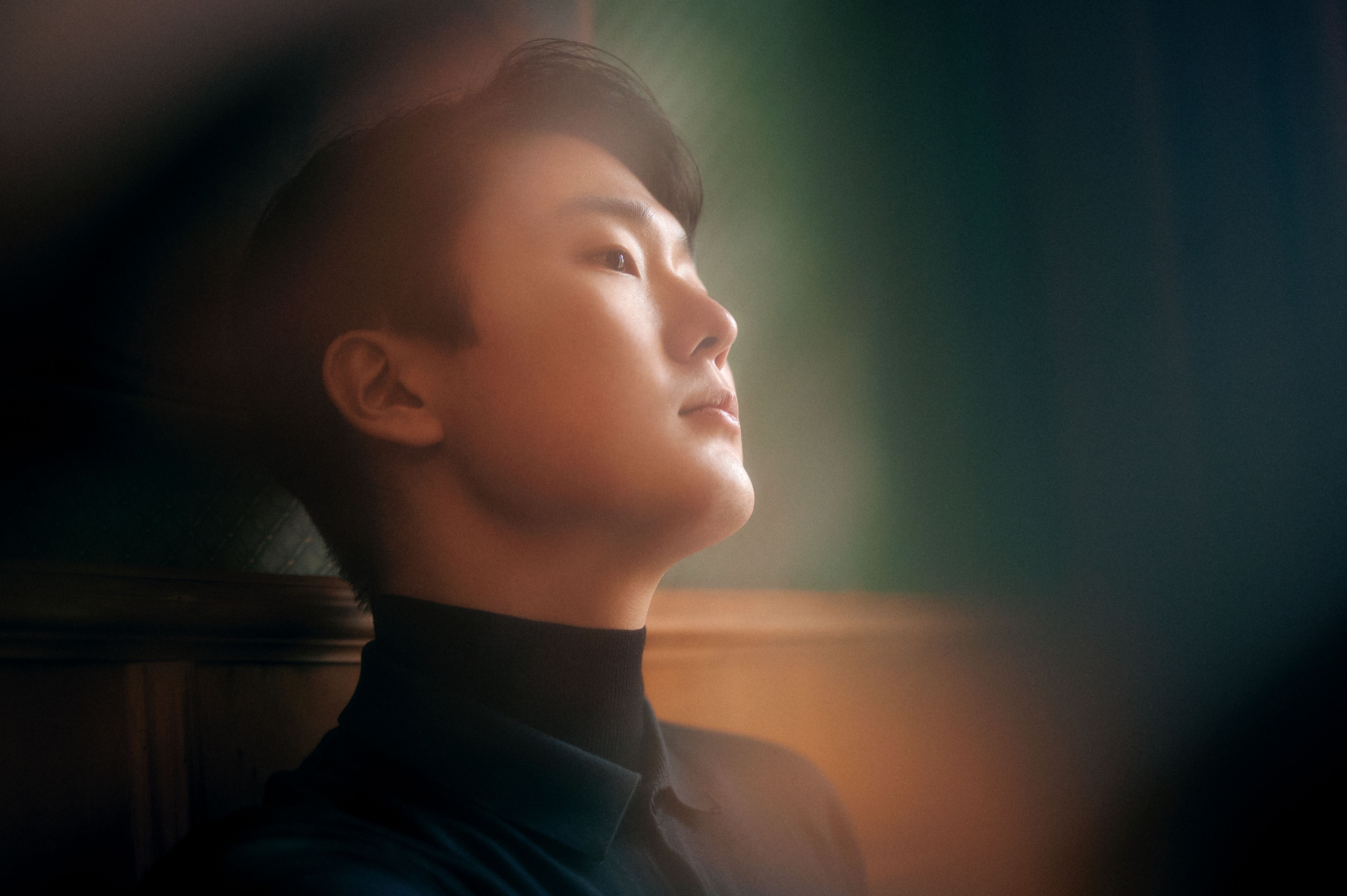 Coming back to your visit in 2015. At the final stage of the 2015 Chopin Piano Competition, you played the E-minor Concerto. Where that decision back then came from?

The reason is very simple. At that time, I have never played the F-minor Concerto.

I’m asking because the F-minor Concerto is played much more often by finalists. Do you know why?

It’s hard to tell. The E-minor Concerto is ten minutes longer than the F-minor and is more substantial, but I don’t think people shouldn’t play the F-minor Concerto for the finals. It is also a masterpiece and it’s also very beautiful. Musicians can be the winners of competition even if he or she plays the F-minor.

So now you decided to play the F-minor Concerto…

I wanted to complete this concertos cycle and also to come back to Chopin after five years. I think it was the right time. I also felt I’m ready to record that piece after performing it so many times.

Where the idea came from to put Concerto and Scherzi on the one album?

I think the most substantial works by Chopin are ballads, scherzos, and sonatas. Last time I recorded the E-minor Concerto and four ballads. I thought it will be great to match the F-minor Concerto and scherzos. It looks symmetrical to what I did earlier.

In Poland, we are used to see in Chopin’s music a lot of patriotism. For us, it’s very Polish music. How do you perceive that aspect as Korean?

I totally understand this polish aspect. I also feel nostalgic, especially when I hear Chopin’s mazurkas or some part of concertos. Polish traditions are always in Chopin’s music so it’s natural that polish people think about this music as a national thing. 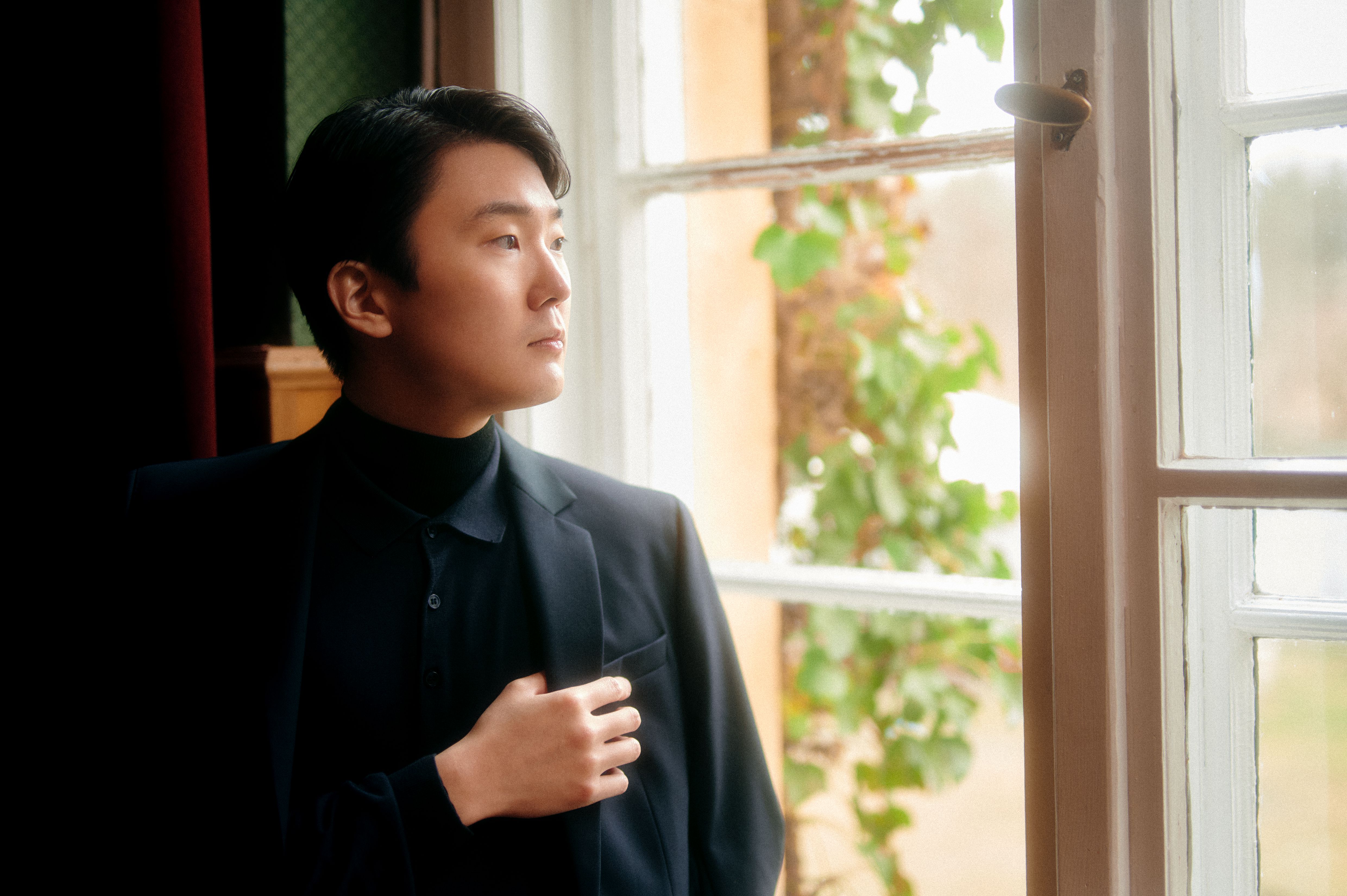 When you play Chopin, you try to understand or feel that polish patriotism or do you put your own feelings into it?

Everyone has different feelings and concepts about what “patriotic” means. I think the music speaks for itself, so I don’t try to feel or be like polish people. It wouldn’t be natural. But f.ex. Revolutionary Etude sounds like a very Polish piece of music – you can immediately feel Chopin really loved his country. So, as you see, music has very powerful energy, it can convey this kind of emotion to people. That's why I don’t like to pretend. Music says that itself.

Talking about patriotic feelings - you are Korean, but you lived in Paris and now in Berlin. With this and whole traveling to different countries do you feel like a citizen of the world or specific country?

Like Chopin, I moved to Paris when I was young. I was 18 years old. But I still feel I’m Korean. When I come back to my country, sometimes I feel a little bit weird, because I got used to European culture unconsciously. Sometimes because of that mixture of different cultures and traveling around the world, I feel a little bit confused.

I’ve never thought about those similarities to Chopin’s life. Do you feel closer to Chopin because of them?

It would be really odd to say I’m “connected to Chopin”. Chopin was a genius and I’m just an ordinary pianist. Maybe I can understand Chopin’s emotions just a little better.

You say “ordinary pianist” … do perceive yourself as an artist?

I’m trying… but an artist has to create something. For instrumentalists (not composers) in general, it’s hard to create things on the instrument. What we can create is an interpretation and this is the most important thing for me.