Thank you for coming to Hiroshima. Peace starts with a smile – I read on a piece of paper attached to a small origami crane – a symbol of peace. I smile at the taxi driver, who gave me the purezento. Everyone gives here: presents, smiles, business cards. And more.

A Japanese is like a stone – says Mr. Fujioka in modest English. – A stone is hard, strong. A Japanese is like a stone. But put a stone on a stone and there will be a strong, hard, eternal building. – I look at the castle wall in Hiroshima. I start to understand. In Europe we bounce off one ideology, in which the individual is the most important, into another, where it’s the society that matters the most. The Japanese know that strong society can only be built by strong individuals. Yakuza, the Japanese mob, helps the victims of an earthquake, because maybe their strength reinforces the whole community. Of course, Japan is not utopian, but I do notice that certain values are practiced there that are only talked about in Europe. When the Japanese give you their business card, they do it with two hands. Mr. Sato explains: that’s how you show how much they want you to remember their full name. You practice respect for yourself and others. The shopkeeper gives you your bill with two hands and a bow. He respects the fact that you spent your money in his store. The Japanese find my interpretations funny, because for them these gestures are normal. Bowing. For me it’s a sign of trust – when I bow, I lose eye contact with my interlocutor. I have to trust that they won’t attack and hurt me. In Poland we compete over who has the stronger handshake grip.

Stone
I look at the garden around Mr. Fujioka’s house in Saijō, presently inhabited by his 113 year old father (he doesn’t care about the statistics saying that women live longer, drinks a lot of matcha and looks good, he can even run for a moment if need be). Huge rocks among trees are a symbol of mountains, which are the most important element in Japan’s landscape. Momuments are also made of stone. Stones remember everything. I notice bricked up kanji signs on a small obelisk in the garden by the Hiroshima castle. „What was written here?” – I ask my guide. „It was ‘military”. Hiroshima used to be a military city. Because it’s a city of seven rivers. A compact town, Japanese style. Then they built a stronghold here. And then the military was based here. That was the headquarters of the Japanese Armed Forces. But we don’t want to be ‘military’ anymore, we are a city of peace”, my guide emphasizes. „But if we destroy the monument, future generations will not remember what grave mistake we made.  Now, you see, there is a trace and nobody will forget”.

Memory
Are you from Hiroshima? „Yes”, Natsumi confirms. Her grandparents are hibakusha, survivors. In Hiroshima there are two options, really. Your grandparents either survived the nuclear apocalypse or you’re not from there. Even though the citizens complain that for tourists it equals „A-bomb attack” (not unlike „Polish death camps” in Poland), they don’t want the subject to be a burden. „I’ve had enough of talking about the war”, I hear. But there’s another thing they say: they deserved the bombing for the aggressive, imperialist policy, for what they did on the (Asian) continent. There is no hatred for America in Japan. Hiroshima even has a baseball park, because the Japanese always loved the sport. And they are building another one, even though they don’t have a good concert hall, as the members of the orchestra complain. There is a 7eleven store at every corner.  A McDonald’s restaurant near the Memorial Park . What is it about? Natsumi emphasizes: „It’s Just memory. We need to remember what happened so it doesn’t happen ever again”. I’ve heard that before.

Sake culture
We are going to Saijō, where Mr. Fujioka comes from. He will be glad to show me around. A very good idea as nobody speaks English there and he does. Also, a single phone call opens all „closed” doors. We are visiting. This town is a small Silicon Valley. The collaboration between the United States and Japan is flourishing. What Saijō takes the biggest pride in, though, are the ten sake producers or, as they also call it, breweries or wineries (it’s interchangeable). Sake is something between wine and beer. Definitely nothing stronger than that. It can be alcohol-free, too: ungodly sweet and thick from rice starch. The purest type is junmaishu, just rice and water. The rice is produced mostly by Satake, a tycoon company. The most famous sake comes from Nada near Osaka. The largest company is in the Niigata prefecture. Sake is also very important culturally: the Hakubotan brewery sponsors the Hiroshima Symphony Orchestra and supports Japanese painters. The owner is an art lover. Sake is also always connected to nature. The Kirei brewery has a turtle in its logo, the symbol of long and happy life. Hakubotan labels itself with a rare plant species. I learn new words: muro – where sake is made, taru – a wooden tub, where the beverage is weighed, tsuru – a rare bird, symbol of another brewery.

Prayer
We are going to the Kyozenji Temple. Is it Buddhist or Shinto? My guide has a helpless look. He doesn’t care. We ask the sensei. Buddha Temple. But to a Japanese it doesn’t matter, where they pray. The fact itself matters. So we pray. First you have to pull a thick rope and ring the bell. The god needs to hear you. Then you throw change into a grill-like construction. Quid pro quo. The prayer, with bowed head, ends with a clap on the hands or two. Then you can strengthen it by hitting a huge bell with a long pad, hanging horizontally from a rope. The sound is deep, loud and long. The Saijō temple was built 500 years ago. 300 years later it burnt down, so it was rebuilt in a contemporary style. The sacred space and the altar is protected by golden dragons sculpted on the wall. Between them there are women with instruments and symbolic flowers, inviting to come, pray, sing and feel safe.

Tea
The sensei’s wife specializes in tea ceremony.  Adding to that, she also sings traditional Japanese songs in a choir. Mr. Fujioka told her I loved matcha, so she invited us home. I have to take my shoes off and choose slippers from a selection of pairs in many sizes. The house. Empty space, not counting a sumptous altar, niches featuring quotes painted on washi paper, low tables and sitting pillows. My host is going to make the tea. She asks me how I want it – the Japanese or European way. I choose the former and we walk over to a special room, which would fit maybe five people (and just next to a huge, richly, if traditionally equipped kitchen). Water boiled in a normal electric kettle. And the extraordinary sweets, e.g. something of the consistency of a marshmallow, tasting like raw meringue. Now, matcha. First the powder is measured with a small bamboo ladle.  It is poured in slightly cooled water with a bamboo whisk. I take a sip, earlier admiring the ornaments on the goblet. The host is delighted with my behavior and chastises my guide for not even noticing the noble Dutch china. That moment, looking at the goblet, allows a conversation, as matcha brewing takes place in silence.

„I’m single”
That’s what a 40 year old Japanese woman tells me. „Why?”, I ask. „I want to be free”, she answers with laughter. „Look at me”, I say merrily. „I have a husband, a child, a magazine, and I’m free”. „I know, I know”. She smiles for a while longer, then we both settle down. „In Japan you can be free, grow professionally and that’s what I want. When you start a family, you have to sacrifice yourself: house, kids, husband, it’s very difficult”, she says and I confirm. „Yes, I am free, but the price I pay is high”. I would pay a much higher price in Japan, though maybe I would have days off. At least in the arts industry the myth of the non-stop working Japanese has fallen apart. „When did you last go on vacation?”, I ask the orchestra director. He thinks for a while. „Last month”, he answers.

Trees
Japan is a green country. This color is the most prominent in the space. Steep mountains covered by acacia-like trees, maples. Sometimes you can see brown gaps, wounds from numerous earthquakes and smaller crumps. Cities are green as well. I verified my personal hypothesis that turning around I wouldn’t find a place without any vegetations, trees or bush. If they can’t plant it in the ground, the Japanese will plant them even in a pot. Dwarf-like bonsai, anything that grows. When Hiroshima was rebuilt after the war, the most important question was, where the trees would be found. The whole world responded, having sent seedlings. Today there is a monument commemorating this act of human solidarity opposite the Memorial Park.

Order
Nature forces the Japanese to be precise and frugal. Empty spaces in houses limit losses during earthquakes, just like the light houses built on paper, wood and grass. They are still built that way, especially in smaller towns. Wood, strong washi paper on partition walls and sliding doors, tatami mats on the floor… Order is connected to time. The Japanese make time to plan everything thoroughly, discuss and see it from a distance. Thus I can go to Kobe not fearing that I could confuse train stations, get off where I shouldn’t and, not come back on time. The lady in my hotel’s reception writes my itinerary patiently. She helps me find the right stop, explains that I can’t buy a ticket on the tram, but have to pay exact change. No worries, there’s a machine that helps change coins and notes. Here, technology doesn’t serve to replace reality. She just makes life and maintaining order easier.

Cities
When I think of Tokyo, I see industrial structures, glass and stone blocks climbing towards the sky, colorful lights and neons. Kyoto makes my imagination follow two colourfully dressed geisha, who are walking a quiet, empty street towards the gardens by the temple. Thinking of Hiroshima, I see stones, which survived the destruction, including the famous A-dome Bomb. I see the monument commerating the child victims. Miyajima is a place of calm. I pet the fawns, wet my feet in the sea and wait until the monk will calligraph my intent on a wooden block. Kobe then is a gate-city. Large concrete piers hug massive transporters and ferries. The architecture is rich, but coherent. It’s not as striking as the conglomerate of loose ideas in Berlin or Warsaw. The few older buildings respectfully remain among the steel and glass. Poor districts, rich districts… A homeless man sleeping on a monument, on stone. The stone, again.

We would like to thank the Hiroshima Symphony Orchestra, and especially: Mr. Sato Shoji, Igata Kenji, Fujioka Yoshihisa and Mrs. Takaki Natsumi, and Yamashita Takashi, Honorary Consul of the Republic of Poland in Hiroshima for the invitation, their hospitality, the conversations and time. Our report from the concert we attended, in Untrivial Events. 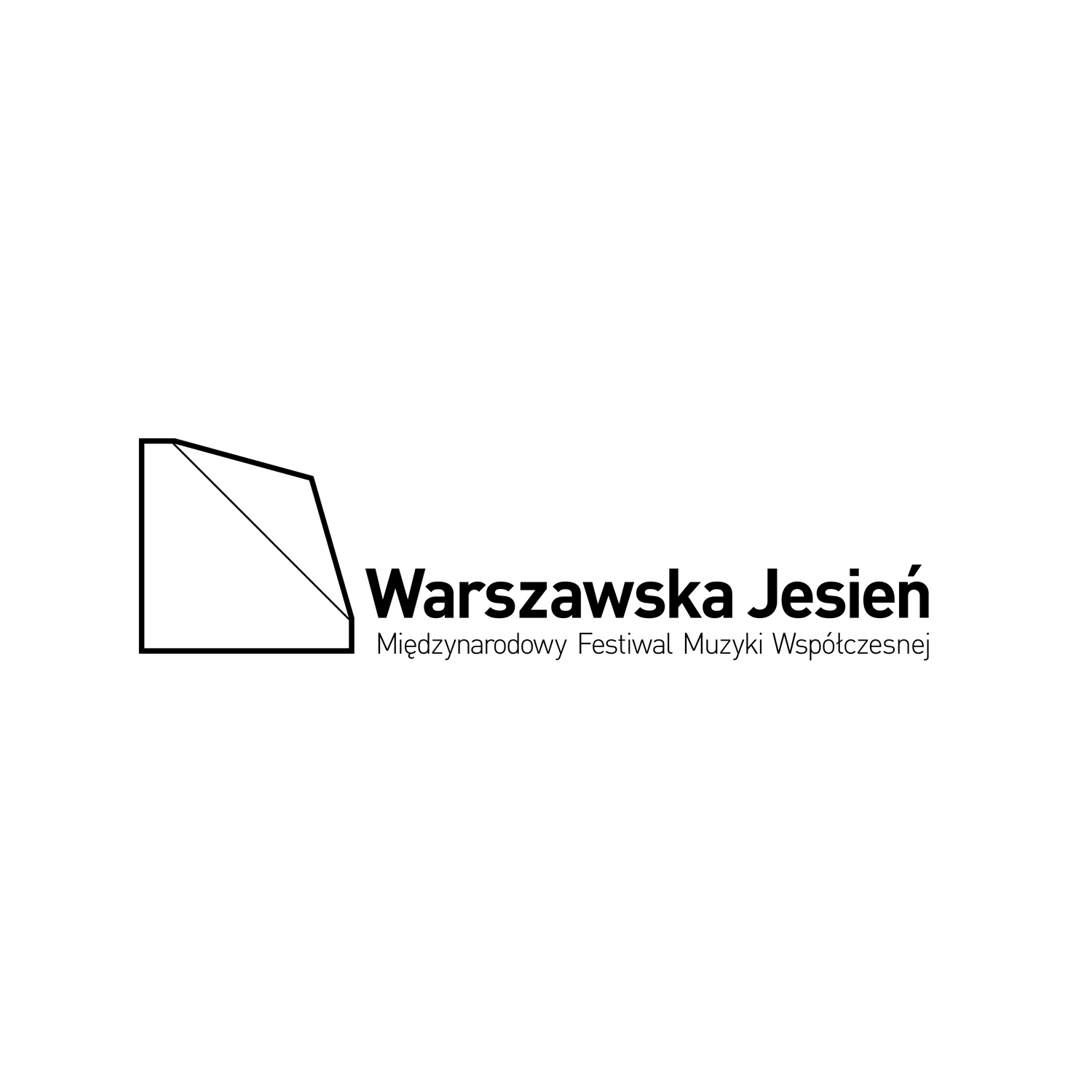